I’m playing the Brianza Bridge Tournament on BBO with a great player, Octilia.

North seated while I was lulling my beautiful cards Est bid 1♣ showing 17+ HCP.

I was a little bit disappointed but I could easily bid 1♠.

West joined the conversation with a double, showing 4-6 points, my pard passed (you could bet on that) and  Est bid a conclusive 4♥.

It is my turn,  can you please help me?

Which is your bid? Pass, Dbl or what else (Nespresso???)?

I preferred Dbl that remained the final contract.

Normal lead is A♦ and dummy showed these cards:

Ohhh Nooo, my first thinking was wrong, and on the second card, I had to make the right decision.

To duck or not to duck, this is the question. It’s one of the most common bridge saying.

What helped me playing a small ♠ was that if my pard had three ♠ cards she would probably bid 4♠.

Now Est continued with ♠5 that I won with the Ace while your pd showed ♠3.

Which is the best play you can do?

I’m giving you other 30 seconds to get the right decision.

Do you think the dummy is now unreachable? If so, you put on the table  ♦K …… and the tragedy is finally completed! (I also played this way)

Was this contract beatable?

Angy held the ♣K but I was not able to get this important info.

Is there a clear solution?

After a whole thinking night, I found a possible solution. It’s not easy to get, do you figure it out?

Does it make sense to give the count to your partner at trick two when he already choose to duck the ♠K?

Now when he won with Ace the second ♠ card, he had a clear message.

I don’t think so,  and I wouldn’t have had the solution at the table, but it is a very tricky way to inform pd to play another suite.

Did you find the solution? 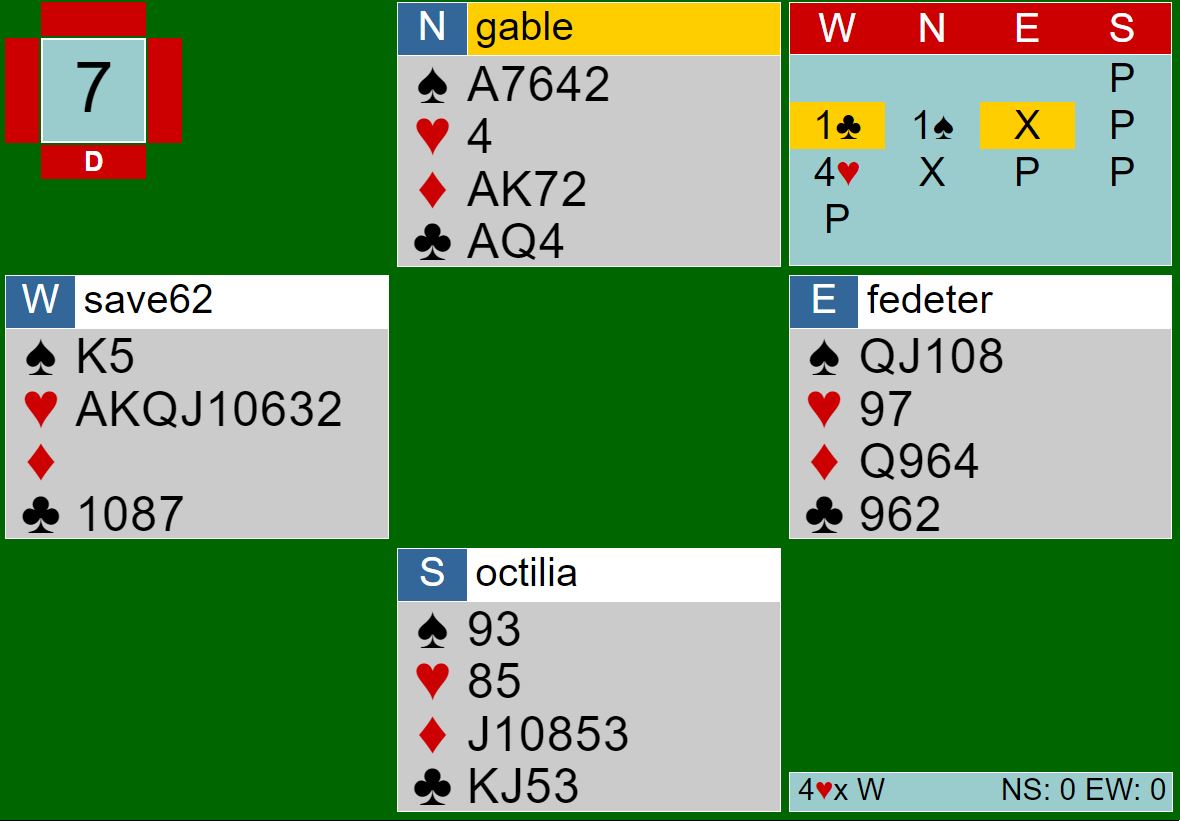